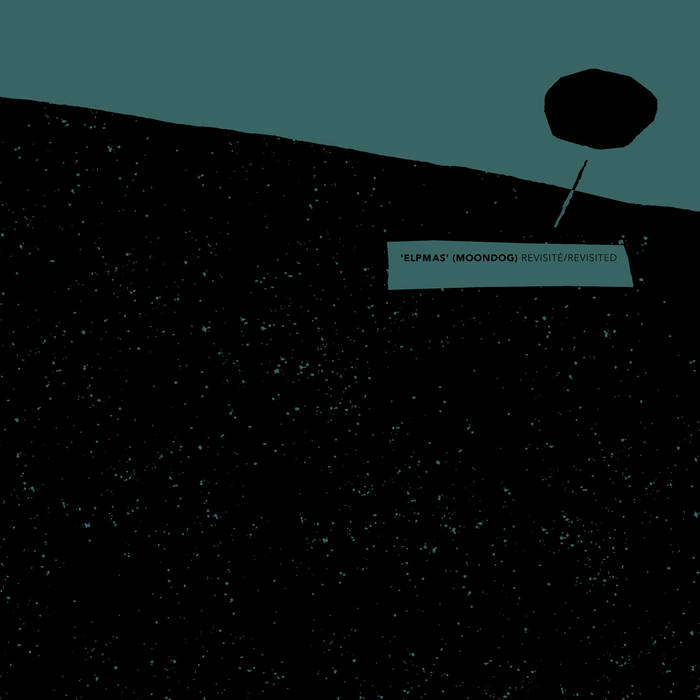 Louis Thomas Hardin, 1916 (Kansas, USA) – 1999 (Munster, Ger.) is without doubt one of the most peculiar composers of this 20th century he travelled throughout. A visionary blind man, a symphonist hobo and an unknown legend, he is the architect of a unique and extensive body of work in which Plain Indians-inspired jazz, contrapuntal composing borrowed from J.S. Bach and a science of melody mingle, a work which has fascinated the world of pop.

Produced by Andi Toma (Mouse on Mars) and released at the beginning of the 90’s, Elpmas is a genuine concept-album which uses the woody tones of the marimbas, numerous field-recordings and borrowings from Japanese musical forms to sketch an ode to nature and a manifesto against the ill-treatment of the aboriginal peoples. Twenty-five years later, this message is still awfully relevant. Read backwards, the title of the album is ‘’sample’’, evoking the sound material commonly used in electronic music. To shape the album, Moondog sampled the entire range of a marimba, note after note, used sound recordings of natural environments and different sound treatments and loops, all with the help of a ‘’computer’’. Moondog was indeed convinced that this tool only could help him reproduce the complex and tangled latticework he had in mind. Thus, Elpmas has only existed within the studio. The (re)interpretation proposed by ensemble 0 convenes on stage the organic warmth of real marimba bars, the analog tape of a Revox to play the field-recordings, the voices of today intertwined with the ghosts of the past through the use of certain original sound materials (such as the viola) recorded in 1991 to revive a music that borrows widely from the Native American pow wows.

Created in 2004, ensemble 0 is a multifaceted group and performs the compositions of its members as well as pieces from other composers. The group works with numerous regular collaborators and guests, and is thus able to change, expand or reduce its line-up at will on a project-by-project basis. Ensemble 0 has performed in several european countries (France, Switzerland, Spain, Belgium, the Netherlands, Portugal, Germany), in Asia (Japan, Taiwan) and Colombia.

ensemble 0 (pronounced zero) is a band whose line-up and instruments can change according to the repertoire performed. The band has played live in Europe, Asia and South America.

Bandcamp Daily  your guide to the world of Bandcamp